Wow time flies! It has been almost two years since Mauricio and I had to pack up and move back across the country. The first time was from Atlanta to Oregon in 2013. Then back to east coast in December 2016. 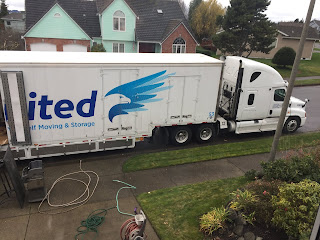 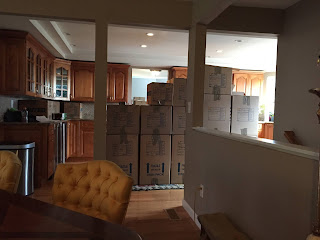 That's stressful enough but to do it with three dogs? That is another thing entirely!
We had two dogs when we made the journey to the West Coast and for that move, we hired someone from Uship to bring them along. I was a nervous wreck the whole time afraid one might get off the leash while walking and not come back to him. They made it safe and sound, after 10 long days due to a blizzard! He was worth every penny but I wasn't willing to do that again. The dogs were older (8, 8 and 9) and now we have three. Flying them wasn't an option either. Due to their ages we thought it would be too stressful.

Plus we have two with bulldog and one is 120 pounds so they all have to be shipped on cargo planes for thousands of dollars. That ain't happening. 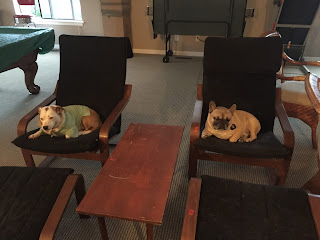 We had to start the complicated process of planning a drive from Washington to Florida. The first thing we looked at was renting an RV. Perfect right? We load up the critters and head out and maybe get some sight seeing in, not have to worry about a hotel, have our food right there in the rig. Sounded kind of fun! Well, there is some kind of limit on how many RVs can be dropped in Florida. Who knew!? Something about everybody in the country driving an RV to Disney for the holidays. Every place we called refused to rent to us if we dropped off in Florida. We even tried to do multiple RVs and say pick up in Washington, drop in Arizona, then pick up from another company in Arizona and drop in Florida. No go. Camping was out because it was December and we're not really skilled campers. Plus with three dogs in a tent and potentially having wild animals about, no thanks! The only option we had left was to drive with a van or SUV and find hotels. 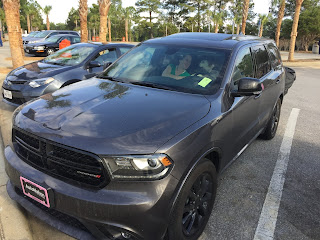 My husband loves cars is an understatement and a topic for another post. In the middle of all this, he decided the smaller SUV we owned wasn't big enough. We looked at renting a large SUV or van but for $2000 - $3000, it seemed like a bad choice. Plus, we had a cargo basket we were bringing on the back so I could transport some plants I loved that the movers wouldn't bring. He went ahead and decided to buy a new Dodge Durango. I know that option isn't feasible for everyone but he had his eye on it a while and just didn't tell me. In the end it was the perfect vehicle and size for us. The passenger mid-row bucket seat rolled forward so our big girl could easily get in and out. 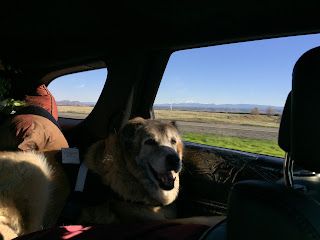 The next, and major, step was planning the drive and finding hotels.  That's the main purpose of this series of posts. Hopefully I can help someone who is in a situation where they have to drive cross country with their pets and don't know where to start planning. Because it was winter, we decided to play it safe and drive south on I-5 to Los Angeles and east on I-10 to Florida vs. the shorter route through what's called the "ice box". To be on the safe side regardless and made sure we had snow chains on board. You can get the correct size for your vehicle on Amazon and save quite a bit of money.


We planned to drive up to 10 hours a day but avoid driving after dark. I measured the distance from city to city to lay out a time line so we could find hotels. 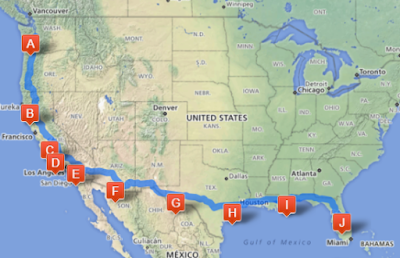 Normally, we like to travel loose and stop when we're tired or see something interesting. That's not really possible when you're on the road with pets. You can't run the risk of deciding to stop for the night and no hotels allowing you to stay. 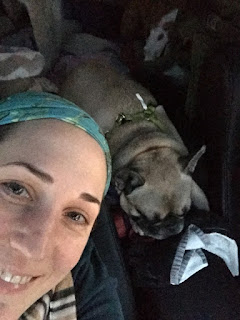 I did quite a bit of research on websites that offer lists of pet-friendly hotels. What I found was discouraging. Most hotels only allow small pets (under 25 pounds), or up to two. I was leery of hotels advertising "pet friendly" but no specifics. A lot of hotels are under the umbrella of a corporation but are privately owned and the owner, not the company, makes the decision about how many pets and what size. So, once we had a list of hotels advertising pet friendly, we had to call each and every one to confirm they would let us stay. A lot of them said no, only allowing one or two dogs, or no dogs over 25 pounds, or no bully breeds.  It's very important to actually make that phone call and not assume what is on the website is the true policy. Almost all hotels have an up charge for pets. Some are $25 some are $100, meaning that is what you pay above the advertised price for the room. Be prepared to pay double what you expect when looking at the website.

Here is a list of the hotels where we stayed:

Check out my day-by-day posts for pricing and details about each hotel and area.